Wow, 2016 flew by so quick that in 19 days we will be saying hello to 2017. It is funny but when I think about it, it feels like time runs so quickly as I get older. Whenever I look back when I was a child, it feels like a year takes a lifetime. But now, one day I wake up it’s new year and before I realize it, the whole year is about to end. Is it just me? Maybe!

Anyway, inspired by other bloggers and people I thought of coming up with a list of what I have achieved and highlights of my year and what will be my aspirations for the coming year.

For the first time in a long time, I was finally able to go on a trip last February. Though that trip was spontaneous and had some ups and down moments, it was a good experience overall since through that trip, I was introduced to the world of travelling and that there are much more things to see in the world. Also, A Girl’s Journey was conceived in that trip.

I haven’t been in touch with quite lot of people back home in 2015 since I was going through something personal which made me decide that it was best to stay away from most people I know.

This year, little by little, I was able to reintroduce myself to some people that are close to me through Facebook.

Visited home for my sister’s wedding

At first, was unsure if it was the best idea and if I am ready to face people back home after 3 years of being overseas but since my older sister is getting married, it finally compelled me and became the major reason to visit home. I was pretty nervous and thrilled at the same time. I was on a tight budget as well but I went for it anyway!

Got reintroduced to people at back home

Finally, I was able to sep foot in my homeland last April. It felt great to be back home. I have met a lot of family friends at my sister’s wedding and everyone was quite warm to me. I felt at ease and happy. Most of all, it made me feel secure. It was great!

Went on a trip with my entire family

After my sister’s wedding, a lot of family members were in town so aunts and uncles organized a trip to Dahilayan Adventure Park in Bukidnon.

Ever since I was little, I have always been hearing a lot about Camiguin Island so I grabbed the chance to make a trip to the island.

I was scared of going alone so I bribed my older sister to come with me. It was aaaaaaaaaaaaaaaaawesome . The island didn’t disappoint me. I would definitely visit again!

I spent my university days at my grandmas hometown and it was a shame that after college, I wasn’t able to visit there again. So in my trip home, I made sure that my last stop would be in Bohol.

It was also a time for a fiesta. Lots of food! Foods that I missed! I’ve also met some relatives that time.

Since that was a time for a fiesta, there were a lot of people coming in to my aunt’s house to eat. I’m a bit shy to be around people so I tried to spend time in my room but a lot were curious to see me. So I had to get called again and again from my room because so and so wants to see me.

It was a shame though because I wasn’t able to do much that time because everyone was busy for the gathering and no one could come with me so see around town.

I was quite stoked because as soon as the fiesta was over, my aunt and uncle was planning to take me to Anda. It was a remote municipality in Bohol where the beaches are absolutely breath taking. We have tried to rebook my flight but unfortunately, it was a bit too late. I didn’t realize I need to have it rebooked at least 48 hours before the flight schedule. Well, maybe next time!

I have been working from home since late last year so having a reliable computer is a must for me. I have a personal attachment to my old laptop that I had since I was in my junior year (2011) in university (I know, I’ve been using a relic) but it was a bit hard for me to get rid of it because it was something my father gave me. It was his hard earned money so felt a bad replacing it.

Though time came that I really have to get a new computer which I finally did. It helped me a lot to be more productive in my job. Where’s my old laptop you ask? It’s still here with me. I am not using it anymore but I don’t think I will ever get rid of it.

A friend of mine from the Philippines who works in Dubai came here for a visit. We both went to Ayutthaya, the former capital of Thailand where we strolled around riding a Tuktuk to see a lot of ruins that is in the province. 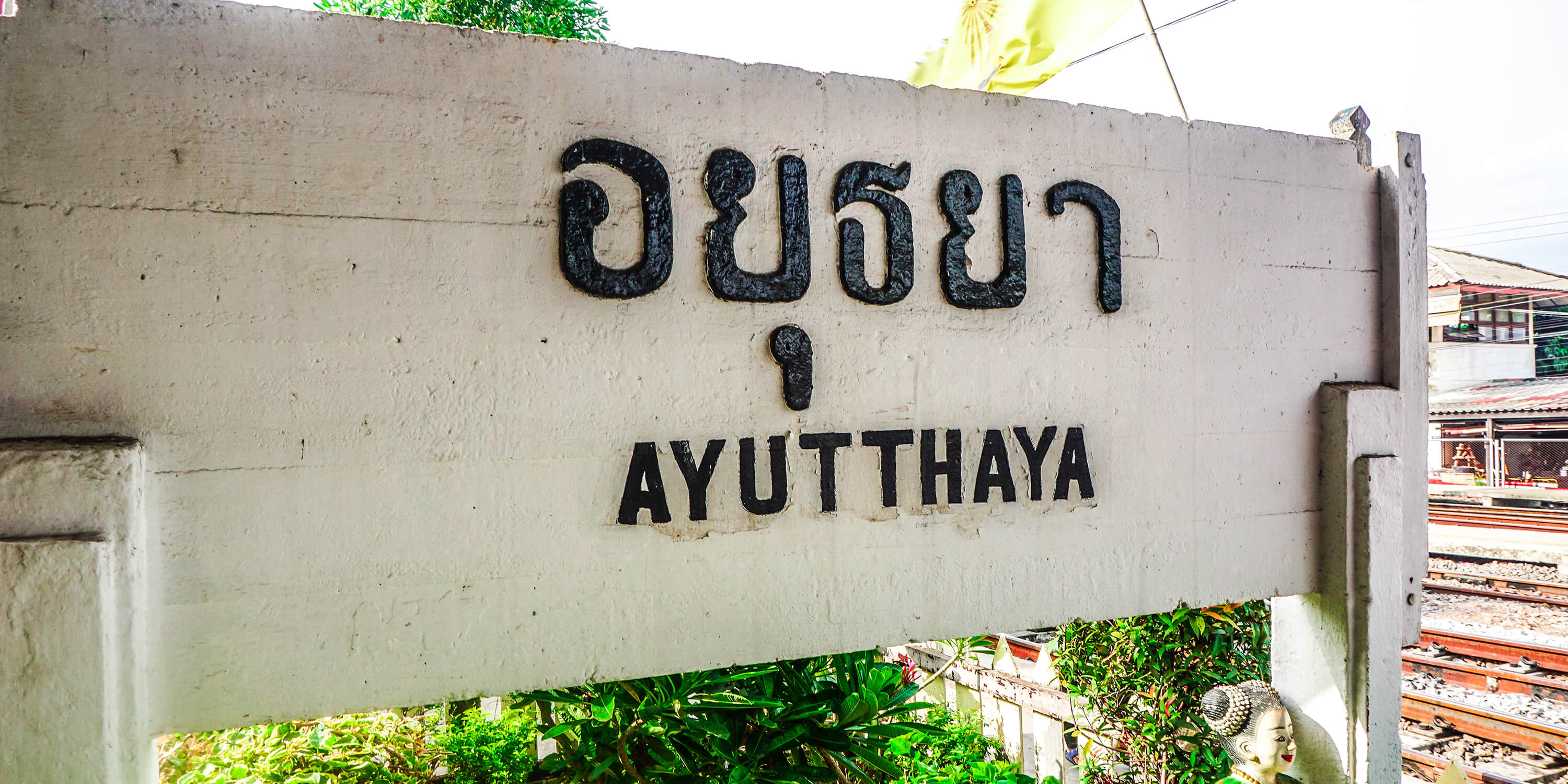 Fully adjusted to my job as an online worker

It was honestly a bit of a struggle for me at first living as an online worker because it was completely different for the office job I used to do. It’s a fact that it gets a bit dull and it is a challenge to be motivated at times but I am glad that I was able to fully adjust and introduce myself to bigger plans and taking advantage of this kind of job which will hopefully be realized in 2017.

Got a part time job

It is honestly one of the best things that happened to me this year. After a lot of months slacking in my room, I was finally able to get a part time job. I had to get one to make my spare time more productive since working online gives you more leisure time since you do not have to spend much time as going to an office. My boss is the coolest too! Hopefully this will get better and better in 2017.

Although I have a constant communication with her through Facebook, I have not seen her in person in years. Good thing she planned a trip to Bangkok last November. She crashed at my place with her friend for a week. Unfortunately, I was only able to go around with them for a day because I had a project to finish at the same week they were here.

Honey Rose is still great as she was in high school. Still funny and crazy. I actually think she’s a lot better this time. She inspired me to do more in my life. She’s one of the reasons why I feel motivated for 2017. Glad she visited!

In all honesty, I think I could have done more this year but I had to deal with some personal stuff like life adjustments which took me a bit of time.

No, this does not necessarily mean that I feel like my 2016 has gone to waste but I know to myself that I could more. And I absolutely will this 2017!

This probably is the most cliche goal that everyone has at the start of the year but is actually the most challenging. Staying motivated is not easy and making moves to make a plan into reality is always a big and scary step.

In 2017 I will always remind myself that time is precious and I should make the most of it as time waits for no one and to be bold to take steps closer to my dreams.

This is another challenge I give to myself this coming year. Working online will most likely make you almost too familiar with sitting down and not be able to do much physical activity. Staying away from the temptation of ordering McDonald’s and KFC is also something I should be serious about.

In 2017, I aspire to achieve my ideal weight which is a secret 😛 and to be able to do more outdoorsy stuff and spend less time trapped in my room.

There is this book that Honey Rose suggested me to read which I bought for myself around 2 years ago but I just didn’t have the time to read it (lazy reader).

I have read the first and I know, I have to read from the beginning and finish it.

This is probably one of the biggest realization I have this year that I am so keen to achieve this coming year.

After spending a lot of time in my prison cell (my room) it dawned to me that I am missing out to a lot of things, good things that I could experience.

So this year, I aim to see more places in Thailand and maybe do some more trips.

My poor grammar was the main reason why I am not able to write much this year. I will scour the internet for resources that will help me get better with this.

I have lots of ideas for this blog as well and I will push myself to keep this blog updated and to add more interesting contents to it.

Learn how to swim. Maybe? 😛

Be a Digital Momad – or at least start

I am not putting so much pressure to myself on this goal because if I think of it, realistically, I will need at least a couple of months in 2017 to be able to come up with a solid plan and background to have a sustainable life as a digital nomad without sacrificing other stuff.

In 2017, I aim to be able to come up with more plans and ideas in order to have more options to generate income to be able to fund my previous goal listed.

Buy an iPhone, iPad, and a MacBook

Yeah I know but this is just an extra in my life. Well I guess I am trying to be a hipster a bit but I actually need these for my work. You know, to check if sites are responsive on devices. 🙂

I want to be someone who lifts people up and inspire them to do better in life. I am not perfect in a lot of sense but I aspire to be an inspiration to people that goals can be achieved if you work hard for it.

I aspire to make this blog have its online presence that will serve as a reference for like minded people or at least a platform for me to interact with other with the same goals.

I don’t expect this goal to be easy but I will push myself to stay motivated in achieving this.

That sums up the major events and achievements I have in 2016. This year have been great and I am thankful for the events that lead to it because I would say that these made me a better and more aware of myself and my future.

I will revisit this list at around November 2017 and see which ones I am able to achieve and if I have achieved some more things that I did not place on the list.

I’d love to hear in the comments below!