A couple of weeks ago, I made a trip to Chiang Mai. A small province in the North of Thailand – a famous tourist destination- and a perfect escape for those who want to get away from the city life in Bangkok. The trip was quite short and I was feeling spontaneous so I joined a friend of mine who got there the day before I did.

There are only a few known options to go to Chiang Mai. The easiest and fastest is to take a plane which will take around to reach the city. The plane ticket would depend on the season just like with other destinations. It could be really cheap if there are promotions available. I paid around 4000 baht for a round trip ticket. Some friends of mine said that it is quite expensive since, during promo periods tickets would only round trip cost around 1500 baht (so keep an eye out!). I guess I wasn’t lucky. Cheaper options to get to Chiang Mai would be through an 8 hour bus ride from Mo Chit terminal station that you can look out here or a train ride from Hua Lamphong station which you can check here. Or if you are quite impatient, as I was, you can opt for a direct flight.

I was expecting the place to be cold based on what I heard from the people but when I landed around 4 PM the temperature seemed pretty normal. They have a Limousine Taxi service in the airport which is a bit pricey compared to the normal taxi service and you will have to wait in a long queue. There is a lady at Exit 1 who organizes the Limo Taxi service. You can simply tell her your hotel’s name and she will tell you the price and hand you a paper where she will write your hotel name and how much you will pay. I paid 160 baht for the taxi ride which was pretty fair. 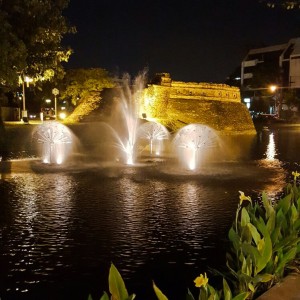 I followed my friend to Chiang Mai Plaza Hotel Convention and Spa (4 star hotel) since he was already there the previous night. It was a huge hotel and I noticed that most of the people checked in there were finely aged folks who were in a large group for a trip. The hotel was alright but it was a bit quaint and seemed to be built around 30 years. It was not a bad hotel though.

It wasn’t long till the night fell and we decided to wander around the city’s Old Town. It was a bit of a walk from our hotel but it was fun so see how much of a province Chiang Mai is. It felt like I was back home! The mode of transportation in the city had less taxis and more of those vehicles that look like a Thai version of jeepneys in the Philippines. With time passing both of us were starving, so we went looking for a restaurant.

We went around- starving- until we ended up at a restaurant called Hot Chilli. The ambiance of the restaurant was very inviting and there were lots of people who were dining in so we had to make a reservation and wait until we were accommodated. It was a lovely dinner. The food was simply great and although that restaurant is on the pricey side, it was definitely worth every penny. We initially planned to get drunk that night but ended up heading back to the hotel since we have to get up early the next day for the Elephant Rescue Park activity that we have booked for the day.

It was my first morning in Chiang Mai and it was quite chilly. Then we headed out of our hotel to wait for the guys in the elephant “thingy” to pick us up. We have personally chosen the Elephant Rescue Park center to visit because they have great reviews in TripAdvisor and the elephants in their center are mostly rescued elephants that does not get the care they need. The guy from the center greeted us and escorted us to the van which will take us to the center. His name was Kid and he speaks English and Spanish fluently.

We were first taken to the Elephant Poopoo Paper Park where they create papers from elephant poop. We were told that elephants do not have a good digestive system to what goes out from them still contains a lot of fiber which can be used to make papers. We were shown the entire process of making the poopys to paper in there which a quite interesting. 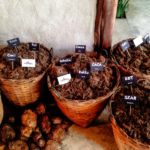 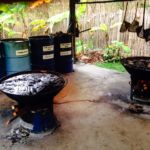 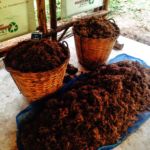 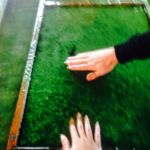 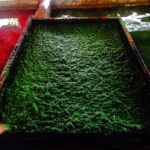 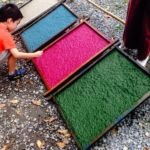 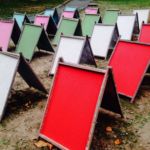 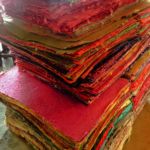 After the Poopoo Paper Park, we drove to the supermarket to buy snacks for the elephants in the rescue center. It included some sticky rice, tamarind, and bananas which Kid already bought. We got to the elephant center and was oriented about the place and what they stand for. We were then asked to change our clothes and went to greet the injured elephant in the center. She was quite huge and she got a wound on her feet that they are trying to cure. It was interesting to see that the elephant knows how to position its leg so that the teacher or trainer also known as Mahout could clean the wound and put some medicine on it. 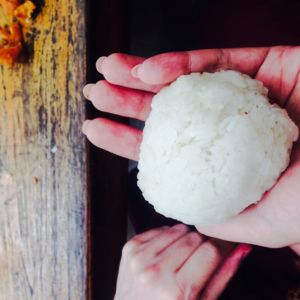 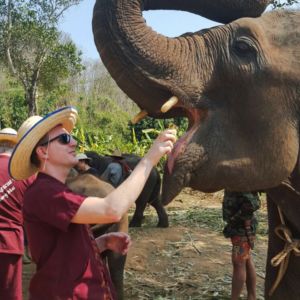 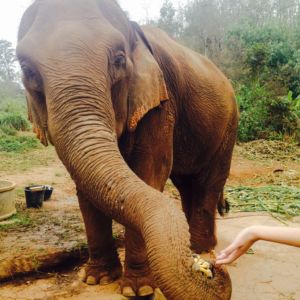 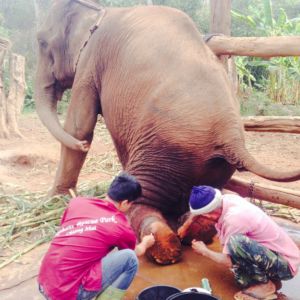 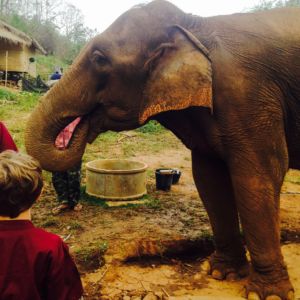 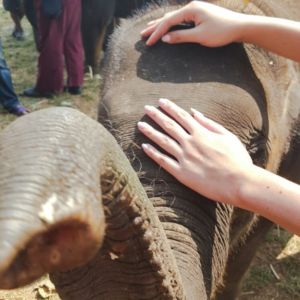 We had a vegetarian lunch after bonding with the first elephant and were able to rest for a bit. After a short rest, we here handed some bananas which we will feed the elephants with. There were four more elephants that got introduced to us. Lovely baby elephants and the adult one! We started our journey with the elephant which was quite a walk to the highland. It was hot but tolerable enough. We got to see the area where they take the elephants for a walk and the place where the Mahouts chill their elephants. We also reached the dusty area where the baby elephants were enjoying playing with the dirt and tossing the dirt to their back.

We continued to walk and reached the area where the elephants bathe. It was very lovely seeing the baby elephants enjoying the water. We then moved to a bigger area where the elephant could bathe with the participants of the activity. My friend and I didn’t get in the water but just enjoyed the view of the elephants bonding with people. We also crack up laughing when we were sitting on the grass and my friend would do the sound the mahouts make which was like huuuhooo (still cracks me up until now). The day ended and we were driven back to our hotel. Pretty exhausted but that experience was definitely fun.

We didn’t do much that night since we were both tired so after having dinner, we just passed out.

We didn’t have much planned the next day so we just chilled by the pool and I ended up going to the hotel room to do some work. I went with my friend to do something that night and had a nice dinner afterward since that was our last night there. We got home and he slept while I had to work. Thing suddenly happened that night that wasn’t very pleasant until the afternoon of the day after but it turned back to normal two hours before we went to the airport for our flight back to Bangkok.

I have not explored a lot of wonders of Chiang Mai but if I get the chance, I would definitely return and explore the wonders of the place more. And although it was a very short trip where there are some moments that I do not want to remember, I could still say that most of the experiences I had and feelings I felt in Chiang Mai was one of a kind. I would surely remember that trip for the rest of my life. 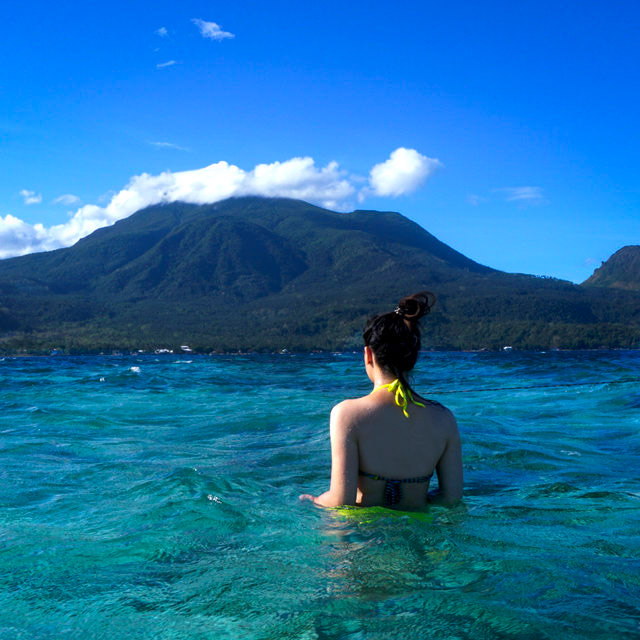 I'm Jade and I like to be spontaneous. I enjoy long walks in the beach, the hour before sunrise, the smell of newly cut grass, coffee, and other tastes in life there is.